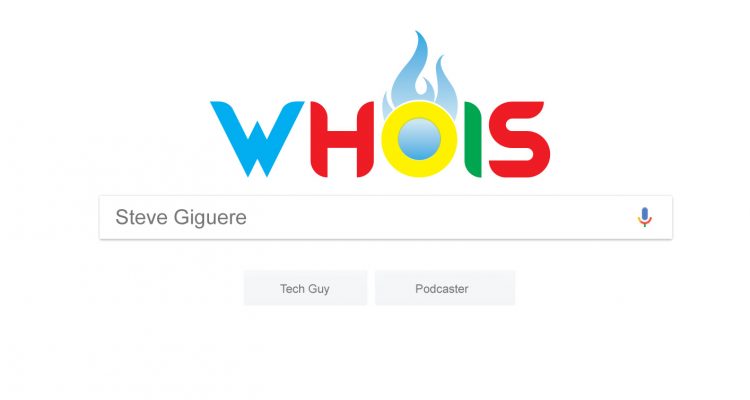 Back in the 80s I was younger and more than that, stupider. I was a typical teen spending my spare time in the computer room wondering what girls might be like in real life.  Here’s me at 16 years old from my high school year book. I’m so cool I don’t even smile and stuff.

In 1987 some friends and I really took an interest in our school computers. These were called Ikon computers, and were running an educational version of Unix call QNX (nothing related to the embedded OS QNX I hope). We found the whole thing fascinating not just programmatically but the whole aspect of computing including the fact that our teacher seemed to have a different level of capabilities than we had. We had noticed in particular that the prompt was a $ where ours was a %.  This notion of different levels of privilege was new. One day we noticed that while logging into a training account which auto-started a typing program called Autoskill, for a brief moment the $ appeared before launching into the application.  My Dad, keen on computers as well, had brought me home the Ikon Computer Administrators Guide!  The college he was teaching at used the same computers.  From this I learned that the $ was a super-user login prompt.  I also discovered that hitting the Ctrl-Rubout (the Ikon version of Ctrl-C) I could cancel any operation. The next day I logged into the Autoskill account and immediately and repeatedly hit Ctrl-Rubout. The $ appeared as expected but this time it stayed. I had learned “Elevation of Privilege”.

My friends and I didn’t really do anything malicious with our newly found powers.  Ok we did lock the teacher out of his account to see what would happen.  I don’t think that’s malicious so much as forward thinking.  What happened was we were given a “free study” days which allowed us to play even more on the system and learn at our own pace instead of doing boring BASIC programming that we already knew. That only incentivised us to create more “free days”.  FWIW the teacher always got access to his account back by calling in a specialist. We never did figure out how that worked.

Once I’d learned all I could about that system via the “free days” we got a little bored of it and decided to do the ethical thing and show the typing class instructor how to circumvent the login system. He was rather surprised and thanked us for the information. The next day the password to the typing program had changed.  A demonstration of my stupidness.  I wanted them to know about the flaw but I didn’t want our privileged access taken away.  The password for Autoskill was previously “reading”.  During a short tactical huddle my less stupid friend Kevin suggested we try “writing”.  Genius.  Sure enough, we were back in.  I’d now learned the importance of good password choices.

Word got to the computer teacher, thanks I can only imagine the untrustworthy typing teacher, that we had access to the power user account and we were subsequently thrown out of class and almost out of that school. Credit to my Dad for kicking some ass to keep my education on the rails.  Ethical hacking, not being a thing yet, didn’t pay and  I was naive to think they’d understand.  I have to thank them in a way though because being thrown out meant I was transferred to a temporary school with a new teacher that wanted to learn C language. So began my programming career.

“I’m fully qualified to write some quite terrible code.”

I’ve been programming in C language since then which really just means that I’m fully qualified to write some quite terrible code. I know how to wield the beast that is C and I find the managed languages strictly for wimps. Only kidding about that last bit.  I don’t want to start another war like the emacs/vi battle that is, to some, still sensitive ground.  Every language is designed to solve a problem and within its success, introduces new ones.

Fast forward past a degree in Systems Engineering and working a various programming jobs from real-time aero engine data acquisition systems to network proxys to telecommunications voice-over-ip system and then add several years of project management  and solution architecture onto that and land me where I am now where I work with a company called Synopsys (https://www.synopsys.com/software-integrity.html) in their Software Integrity Group.

While there was once a time when I was the goto guy for cutting edge C/C++ design patterns or a regex that could both bring down a server I’m casting my net wider these days.  Now I geek out on software development as a whole and any tech for that matter.  My reason for this is that not only is it awesome… but I need to!  I’ve left my hard-core coding days behind me and I’m working as a solution architect in the security domain. Having written code for many industries and also for the web I know what crafting quality code is all about. Perhaps slightly less than knowing what writing really bad code is all about.  Also the ramifications of bad code, not just financially but in terms of time and reputation. My tech mojo is being tuned daily and let’s face it, staying current in the software industry in a broader sense is no small feat.

“My tech mojo is being tuned daily”

While ReactJS might be my favourite at the moment, it might be something else tomorrow. Programming languages, frameworks and philosophies have gone in a few circles over the years and with each change in tactic, the barn door of mystery is flung open offering new advantages combined with ways to code some seriously unpredictable shit. It’s exciting times.

The reason I started this podcast is obvious. Bitches and money, of course.  Aside from that,  it was because for the last few years each new environment I was thrust into introduced new technologies to me or new ways to explore old ones. Even now more often than I’d like, I find myself nodding and smiling, frantically (calmly on the exterior) taking notes and then rushing to the comfortably warm embrace of the internet to search for details on WTF I’d just heard from some development team telling me about the scoobysnack framework and how it allows for serverless multi-frenetic jumbo-bots to auto-containerise the entire thing with the help of a potato script. That’s my life… so I’m podcasting about it.

“The reason I started this podcast is obvious. Bitches and money…” The podcast itself is designed so that somebody else (fellow geek, student, sales guy, marketer or parent) who’s searching for some tech enlightenment, can just come and listen (or read) for 15 minutes or so and learn just what that scoobysnack framework is, why security people hate potato script, and how long it’ll be before the multi-frenetic jumbo-bots kill us all and take over.  Also… the “how”, “what”, “where” and “why” of trending technologies and the philosophies and methodologies they hang out with by the water cooler.

Ideally if it all goes well, I’ll help you get dialed in on the correct technobabble before you end up in a room full of people speaking it.

Let’s first address certifications as a whole. There are many. One might argue too many....More

Welcome to Codifyre!   This is the blog article and show notes for the episode 0...More