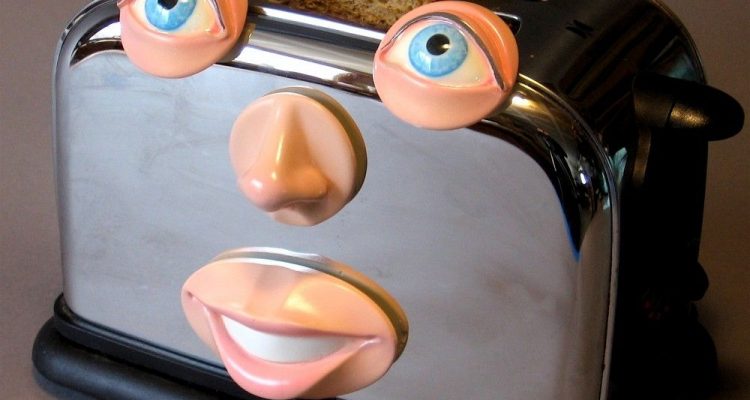 at the moment… maybe.

I’ve heard the phrase Machine Learning banging around the media more intensely over the past few years and you know what that means… I’m not happy until I know what is really means. 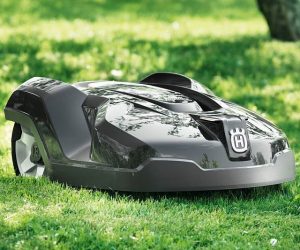 My first conjured image is of course a lawn mower in a classroom trying to fumble its way through the Shakespearean sonnet.

It seems I wasn’t far off! Ok, I was pretty far off. But there is a smart lawn mower that learns how to cut you lawn which is in fact machine learning. It’s the word machine which I find distracting. We’re not accustomed to speaking of computers as machines or machines as computers although the latter is quickly becoming so and hence the phrase.

A few podcasts ago we discussed Self-Driving Cars and machine learning is definitely at the core of their success. We have all driven cars and would unanimously agree that no two routes are the same even if you’re driving the same route every day. There is always some element of surprise. These cars would not exist if not for some very clever learning algorithms which prioritise success paths over failures in order to adapt their reactions and even their default behaviour to new situations. Just like us human learners.

What about other non-driving based applications? The mower is essentially a tiny little self-driving car that works out your lawns shape and the best route while having the luxury of not having to contend with human driven lawn mowers, drinking and just mowing all over the place.

Machine learning and AI (Artificial Intelligence) are peanut butter and chocolate, ham and cheese, bacon and…. everything. What’s the point of learning if you aren’t going to use what you have learned? I could dive deep into the inner workings of machine learning algorithms but that would be a serious snoozer to the non-enthusiast and as complex and fascinating as it is, it’s more fun to try to derive the gist of what it all means by looking at the applications because without application there is no learning.

Are we surrounded by learning machines who will eventually take over the world? Yes!
But how? Let’s have a crack at a top 5! 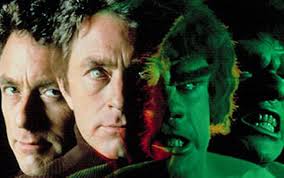 The Bixby Logo was boring so here’s actor Bill Bixby turning into THE HULK!

1. Let’s start with Siri or Samsung’s Bixby… or Amazon’s Alexa. Even Google has a virtual assistant that doesn’t have a friendly human name so screw that. I think it’s called Google Now but come on.. wouldn’t you rather be talking to Google Steve! Hell yeah, Steve’s got your back!

These little buddy apps don’t just contribute to human laziness and eventually the domination of robot insurgence but they also learn about the interactions you conduct through them and do their best to tailor future responses based on observed activity. You can imagine that your Amazon Echo or Dot knows your buying preferences already so it’s got a pretty good idea of how to solve that sudden burning desire for an electric toothbrush. Serious though you can ask Alex to recommend you a book and it’ll creep you out with a pretty good suggestion. Who needs book club when you got artificial intelligence? 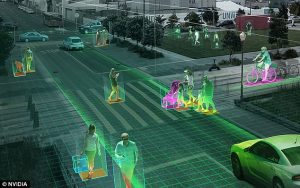 2. Let’s get into safety now. This is going to sound astounding but also kind of “WTF”. There are companies who are currently offering video surveillance cameras powered by machine learning and AI algorithms which can track movement and predict…. yes that’s right I said predict, violence or various crimes before they happen based on unusual lingering, repeating appearances of the same individuals and generally it’s ability to characterise normal behaviour in order to identify what is abnormal. Add to this the injection of previous video of criminal or generally discouraged activities to the learning algorithm as a seed for it’s intelligence and you’ve got a silent desk bound Robocop who can see even so slightly into the future.

That’s an interesting example because we as humans have a tendency to associate AI and ML with robots. We imagine robots as C3PO or at least something that moves. I’m reminded of the music video by the Chemical Brothers where the car manufacturing robot attacks. I’ll post that here in the blog. The reality is that much of the AI and Machine Learning sits silent as background players in our lives serving to predict, protect and serve.

RANSOMWARE OF THE YEAR 2017

3. Speaking of protect, something near and dear to my heart is the software that protects us from malware. As malware, and their associated phishing emails about missing courier packages tend to vary on a theme by only a small percentage as they change to evade detection. Modern malware detection software uses machine learning to adapt on the fly to new variations of attack to predict malware attachments or phishing email formats with relative ease. Of course that does mean you need to actually use some decent malware software. The only thing stopping artificial intelligence from helping us out is more often than not human intelligence or it’s more common counterpart, stupidheadedness.

4. Let’s talk Medical! We could go on and on about the breakthroughs in AI and ML for medical but I’m going to focus on one that I heard about recently in the UK. A firm called Babylon Health has a chatbot that you can speak to via your mobile and will use your described symptoms to quickly direct you in terms of medical treatment. I’ve heard of customer service chatbots thoroughly convincing people they were real. I’m surprised that technology has so quickly been combined with an in depth medical database to make a potential diagnosis. It sounds dangerous but some are predicting that you may be compulsory in the no-so-distant future to consult a chatbot with your symptoms before seeing a real doctor. Personally I welcome the idea. I’ve found GPs in the UK to be a bit hit and miss in terms of whether they really want to be there. I had one google my symptoms right in front of me once. I’ll take Dr. Chatbot please. 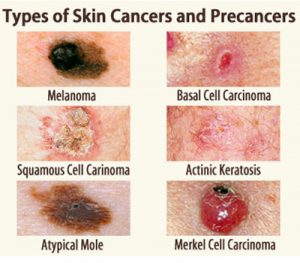 AI’s got your back. Literally.

I’ll add a part B to medical because I have a specific interest in skin cancers. I was rather excited to find out that good ol’ Stanford University is conducting work on machine learning image recognition algorithms to accurately diagnose skin cancers. I look forward to my iPhone’s facial recognition software unlocking my phone and promptly auto-dialing the dermatologist and totally bypassing Dr. Chatbot. While we’re mentioning facial recognition, there is already an app available to training physicians which apparently can help diagnose over 7500 genetic conditions simply by performing a rather advanced facial recognition. I take back the word simply. It sounds remarkable.

Notice the common trend there? Diagnosis. Whether that be medical or cyber-security, the terminology is common between the two, as is the effort required to keep both healthy.

That’s 4 interesting applications and of course we could spend hours talking about next level machine learning applications like the neural network inspired Deep Learning which can draw a hierarchy of features from large quantities of raw data. It’s much more complex that this but for now you’ll have to stay on the edge of your seat with that teaser.

Are you a developer and are looking for something to get started on? Check out Tensorflow. An open source machine learning framework used by just about everybody involved. Get that bad boy under your belt and you might just find yourself a high paying job in a growing industry.

As a final offering in terms of applied machine learning,  I have a special guest. Two in fact! Check out the interview in the podcast by Sascha McDonald (Head of Architecture and Operations at Invenia Labs) with Gabriel Arpino, a researcher at Invenia.  His specialisation is machine learning and artificial intelligence applied to electrical grid infrastructure but he gives us a more broad perspective on the subject and answers some common conceptions or perhaps misconceptions about the subject.

Invenia Labs (https://www.invenia.ca/labs/) central interest is in optimizing complex decision-making and resource usage under uncertainty. Invenia Lab’s machine learning is focused on systems with a fundamental importance to everyday life, but which are not dealt with efficiently. In particular, the electricity grid offers data with unique properties, including many time series with complex structures, and operations that change rapidly.  To dumb that down a bit… machine learning in control of the electrical grid to control and radically improve efficiency.  Eco-friendly AI. 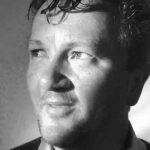 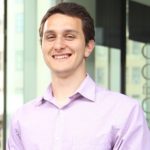 …or is it “are devices listening” to you? Well yes. There’s always a simple answer...More

“Once a new technology rolls over you, if you’re not part of the steamroller, you’re...More

Self-Driving Cars (We Are The Robots)

Robots will rule us all. I feel that’s already been established by more sci-fi writers...More

When I first heard the term IoT I had no idea what it was and...More